Through the lives of Hamza Jafri and his students, Lyari Notes provides an insight into just what it takes to have a voice in a country where self expression and music is often drowned out by cycles of violence… A unique film project where two filmmakers Maheen (Pakistan) and Miriam (India) collaborate to string a new political discourse through music. Lyari Notes is a project about melting boundaries…in spirit as well as how the film is being made. 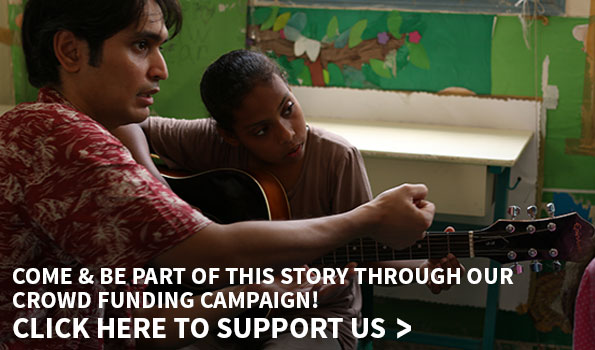 You can help this project through our Crowd Funding Campaign! You can also support us by sharing the info about our film and effort with your family & friends through social media using

Any kind of help will be a step closer to our goal of telling this story of Lyari girls to the world. 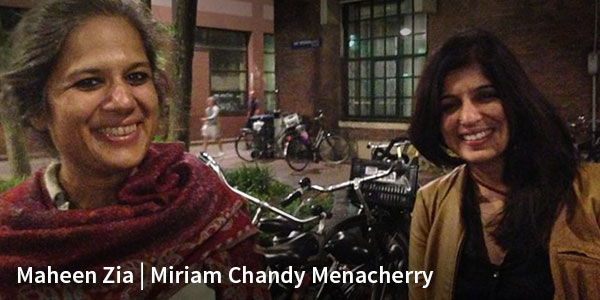 Lyari Notes was one of the 16 projects selected worldwide for the IDFAcademy Summer School 2013. Maheen and Miriam met in person for the very first time in Amsterdam even though they had been working on the concept of the film together over internet, skype and every new technology that helps them overcome a hostile border that separates their two countries. What keeps them going is the belief that this film is about music that transcends boundaries creating a new and refreshing dialogue between the people of their two countries. Maheen shoots in Karachi (Pakistan) and Miriam edits reams of rushes in Mumbai (India). At the Summer School they found a mentor and kindred spirit in Iikka Vehkalahti who helped the two find a common direction in the film project and who continues to guide them from Finland.